Back in July this year, the Government published their long-term objectives for R&D, and gosh were they sweeping. Its stated aims are for the UK to be a ‘science superpower’, ‘to build the industries of tomorrow’ and to back the big bet ‘moonshots’ that will simultaneously break through the current boundaries of science and astonish the masses.

The plan is big, bold, and very high level. It’s full of promise (quite literally, with the words ‘We will…’ appearing 161 times). The document sets out the various strategies by which these lofty aims will be achieved, namely the creation of:

All in all, the word ‘strategy’ appeared 27 times, while ‘implementation’ appeared only 3 times. “Hmm, interesting,” I thought, “what else could we glean from word occurrence counts?”

Being a Computer Science graduate with a fondness for statistics and data visualisation, I promptly shoved the entire UK Research and Development Roadmap document through a word map generator (wordclouds.com) to see if we could get a clearer summary of what the government was taking 60 pages of fairly dense text to tell us. 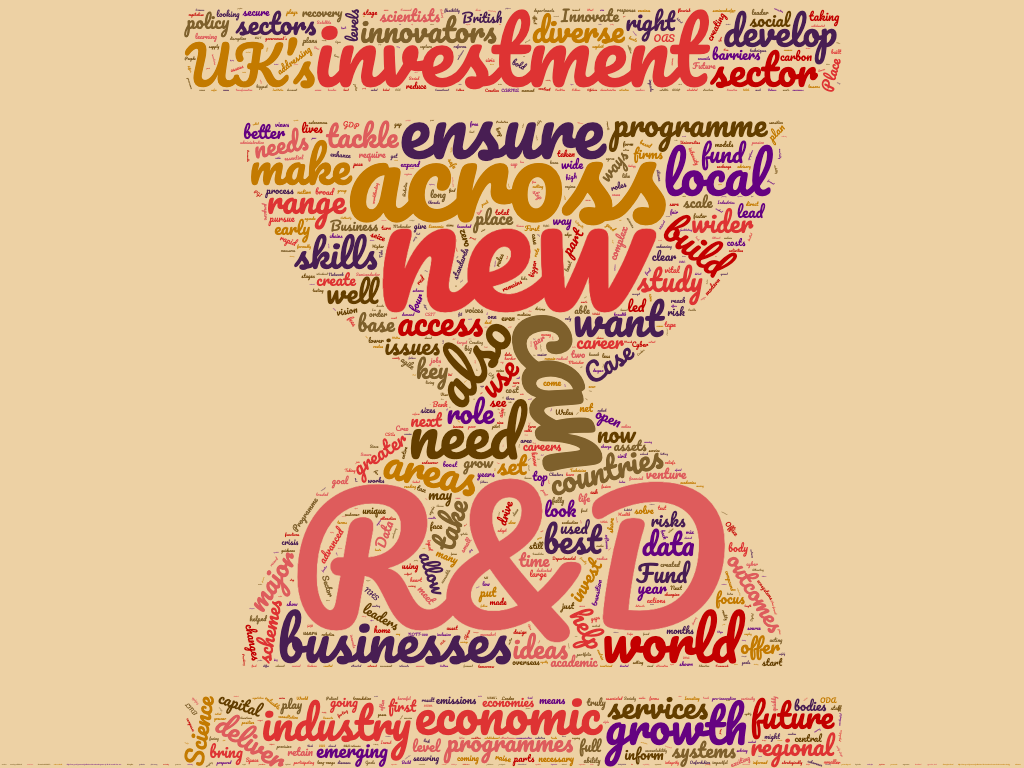 Unsurprisingly, ‘R&D’ is front and centre (132 mentions), but looking at the other words gives us a good sense of the document’s thrust. For example:

While it’s fun interacting with the document this way, it’s important to convey how heartening it is to see the Government recognising the importance of R&D; not just to private firms, but across our whole culture and society. Their aims may be ambitious—and it remains to be seen how many ‘moonshots’ will actually come to pass—but at least they are making a very clear signal of intent about not just supporting R&D in the UK, but actively driving it forward.

Why’s that important? Well, have a look at the chart below, taken from a report by the Office of National Statistics. 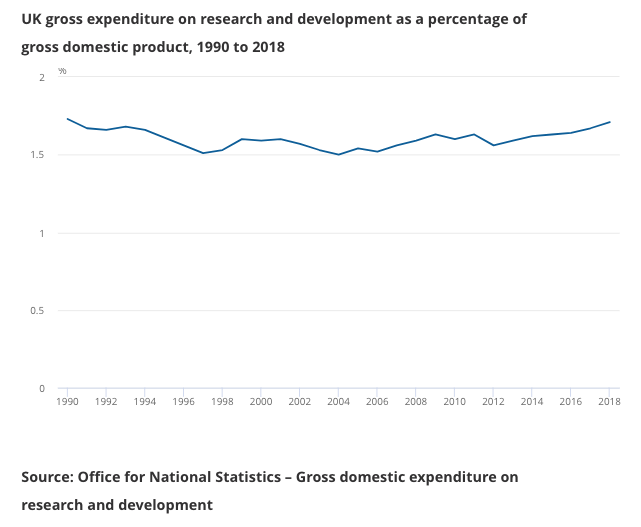 This shows what happens without a really strong, proactive and unrelenting Government focus on R&D – the percentage of GDP spent on R&D hovers consistently around 1.6 – 1.7%, which doesn’t compare that well with other countries.

Hopefully the Government will follow through on all the exciting ideas outlined in its Roadmap, and that these will be enough to move the needle from that baseline towards the target of 2.4% by 2027. 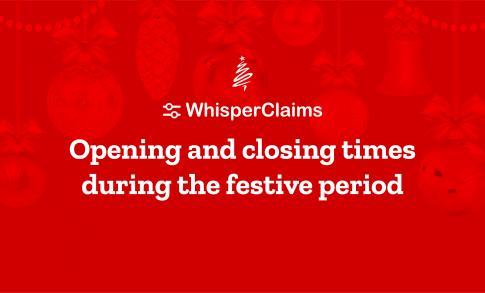 Contacting us during the festive period